Shower instead of bath. Ecology and lower bills 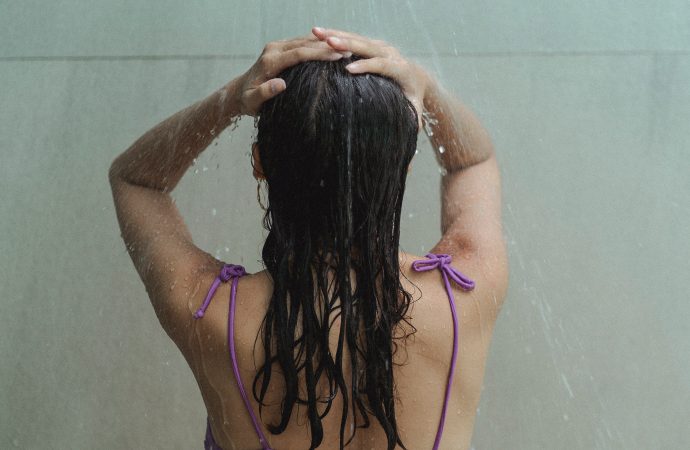 Concern for the environment has become an integral part of life in the 21st century. Contrary to popular opinion, living in harmony with the nature does not have to be associated with enormous costs, on the contrary – you can benefit from it.

Dynamic civilization development, growing ecological awareness and increasing cost of living cause that already at the stage of house construction many people plan their expenses in such a way as to guarantee long-lasting effect and significantly lower operating costs. Popularization of the trend has also interested developers, who also try to implement innovative solutions to newly constructed buildings.

Thus, more and more often we see infrastructure, which is intended to reduce the consumption of electricity and water, and even generate savings from them. Photovoltaic installations, LED lighting or hybrid ventilation have become the norm. In cities such as Łódź, Warsaw and Wrocław, with the support of local authorities, pilot programs promoting rainwater harvesting are being carried out. Micro-retention is aimed at collecting the so-called grey water, which is then used to water green areas, gardens, planting, but also to power cisterns in city toilets.

In villages, on the other hand, domestic sewage treatment plants, which are an alternative to the traditional septic tank, are multiplying year by year. Not only does it eliminate unpleasant smells, the risk of flooding, and takes care of the environment, but the investment pays for itself within three years, which further encourages its implementation.

Another pro-ecological solution which allows you to save up to several dozen PLN per month (in case of a large family) is the use of your own composter. Thanks to the amendment to the garbage law, as of September 6, 2019, households declaring the use of a composter are exempted from part of the garbage collection fees.

Also noteworthy is the fascination with domestic wind farms common in Western Europe. Although in Poland their construction is still treated rather as a curiosity, it will undoubtedly soon become one of the key ways to access free energy.

When we add the fact that in this way we can become fully independent in terms of energy, and the surpluses gathered can be sold, a seemingly extravagant decision to build a wind farm may turn out to be very rational. It is worth noting that all of the mentioned investments will be co-financed by EU and local government programmes.

See also: Rural eggs – where to buy them?

In everyday life we can also apply a number of simple solutions thanks to which we can kill two birds with one stone – we will take care of the environment and take care of our home budget. We have been learning since primary school that showering instead of bathing allows us to use four times less liters of water, and while brushing teeth or shaving we should remember to turn off the tap, thanks to which we can save about five liters of the life-giving liquid.

In turn, a significant drop in electricity bills can be achieved by switching off unnecessary devices when they are not in use, because even in sleep mode they consume electricity. Experts also advise that the refrigerator should be located away from the oven or radiator, opened only for a moment, and under no circumstances should hot food go inside.

There is also growing talk about using apps such as Too Good Too Go, which allow you to stock up on valuable food at low cost, in line with the concept of zero waste.