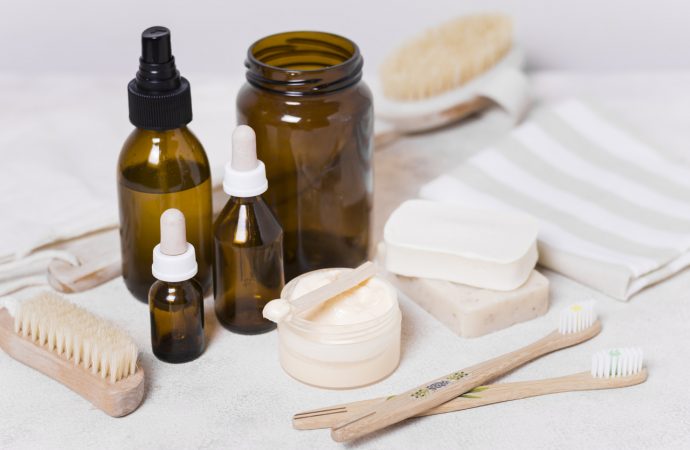 It is difficult to predict for sure what shopping will look like in the not so distant future. One thing seems to be certain: there will be no place for plastic packaging that can be thrown away after its first use.

The ideas of “less waste” and “zero waste” are already becoming more popular when buying cosmetics and cleaning products. How does it work?

Less waste shopping: how does it work?

First it is necessary to briefly characterize the idea of “less waste” itself. What do we mean by this? It’s a way of life that reduces waste as much as possible. When we implement it, we decide, as a rule, to self-limit, change and accept pro-ecological actions and habits.

There is no need to delude ourselves that we will be able to implement everything we intended at once. Sometimes small changes can have significant consequences, for example buying cosmetics and cleaning products in reusable packaging

What is the difference between these two approaches? Zero waste is a very radical turn towards environmentally friendly living. It brings more tangible results, but it is certainly a step that requires a lot more time and energy – as long as we take it seriously, of course.

However, it’s worth noting that if more people decided to live even partially less waste, the world would be a much cleaner and friendlier place. So maybe it is worth trying?

Shopping less waste – also when it comes to chemicals and cosmetics

So far we have associated such an approach to shopping with going to buy bread, vegetables or fruit with our own cloth bag. Even better if we also used paper bags or reusable containers. How does it relate to cosmetics and chemicals?

Probably, shopping of this kind will be difficult for chain stores, supermarkets, and even neighborhood stores, but the demand for a more ecological lifestyle is constantly reflected in the market – also in the trade. We are talking about the first ecological drugstores in Poland.

How do such trade points work? The idea of their functioning is inspired by the less waste style. The basic desire is to eliminate from them disposable plastic packaging, which have a terrible impact on the environment and have little use after use.

How does shopping in an organic drugstore look like?

The basic rule is to come to such a place with your own containers for chemicals and cosmetics. Alternatively, they can be issued in biodegradable or returnable containers, so that you can return them when you go shopping again – then they are used again.

Care is also taken to use as few raw materials as possible for the distribution of such cleaning products and cosmetics. That is why they arrive at the drugstore in large bulk packaging. They are also reused later. Even the distribution itself is primarily personal collection, so as not to generate additional financial and environmental costs.

It is also worth mentioning an interesting idea that appeared in Poznan. Its authors are Bazyli Głowacki and his wife Monika Ratajczak-Głowacka. The Cosmetomat is a machine for pouring detergents without plastic packaging. It works according to a simple principle: you take a ready-made glass jar, pay the appropriate amount and pour in the detergent of your choice.

The device has already been exhibited in Krakow and Lodz. It is certainly an interesting alternative to plastic, which floods us on such occasions. Will the Cosmetomat prove successful and will it settle permanently in Polish cities? The nearest time will show.