Spring work in the garden. Get ready for the coming season 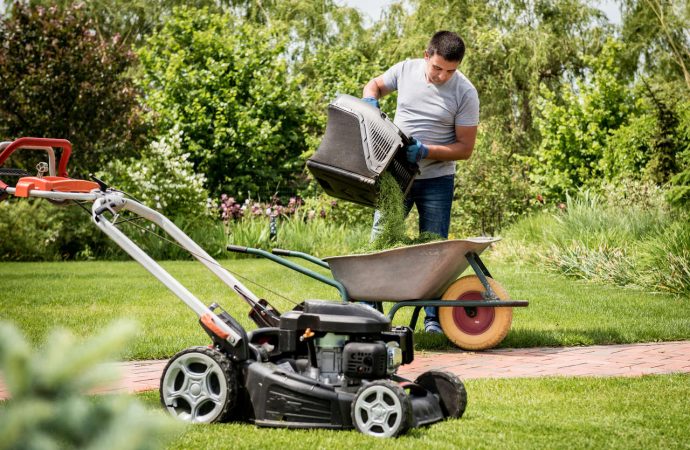 hat garden preparation work awaits us in the spring? What do I have to do to get into the season?

Digging in, removing dry branches, preparing the soil and simply tidying up – these are just some of the tasks you cannot do without. What else should you pay attention to?

Removing the effects of winter

First of all, you need to rake up all that is dry and remains after autumn and winter. Removing leaves and dried plant stems will give new greenery enough room to grow quickly.

It’s also important to remove winter covers, hoophouses and branches that we used to protect plants from freezing in good time. Leaving the covers in place for too long despite rising temperatures can be very disadvantageous. However, it is important to have them at hand in case of frosts returning.

How to take care of the lawn after winter?

After winter, you also need to take care of your lawn. This is especially important if you did not take good care of it before the winter and if the winter was long and cold.

The lawn should be raked to remove damaged clumps of dry grass. Rolling and aerating the soil by puncturing it (scarifying and aerating) are the next steps. The lawn is then fertilized, mowed and seeded with a special grass mixture to make up for the winter deficiencies in the undergrowth

Remove withered parts of plants in the garden to make room for new growth. At this time we also make the so-called clear-cutting cuts. The idea is to cut away side shoots and allow as much light into the crown as possible. An important element is also the pruning of plants that bloom on annual shoots

Preparing the soil for sowing and planting

First of all, you need to pay attention to the need for initial fertilization with compound fertilizers, which are rich in nitrogen. However, two points are important:

Digging up the soil

Before you start planting and sowing, you need to dig up the part of your garden that is intended for new crops. This needs to be done at least a week before any further work so that the soil has time to settle

Sow and plant different species of plants in accordance with the deadlines that are set for them. Fears that the return of cold temperatures will derail your efforts can be alleviated by sowing some species in the greenhouse. Only later will we plant them in the ground. It is worth remembering that:

Spring plant sowing also depends on the predicted temperatures. At times it is quite a lottery. Most often, the time that seems appropriate for planting crops into the ground and does not pose a threat to them is the so-called ”cold snap,” which is May 15. Many people plant the most cold-sensitive species into the soil only then, sowing seeds earlier, for example, in greenhouses and tunnels.

Which crops can already be sown in March? These include dill, carrots, parsley, radishes and spinach. Sowing early enough will of course speed up the harvest. Other plants are better sown in April or May or sown indoors to protect them from possible cold.